Guns N’ Roses have officially released a lyric video of Shadow of Your Love to celebrate the announcement of the Guns N’ Roses Locked N’ Loaded bundles for Appetite for Destruction! You can find out more info about them here

According to a recent interview that Myles Kennedy did with a radio station in Detroit reveals that the new Conspirators Record with Slash is “in the can”.  It was also posted on social media that Slash recently finished his guitars and overdubs on the record. 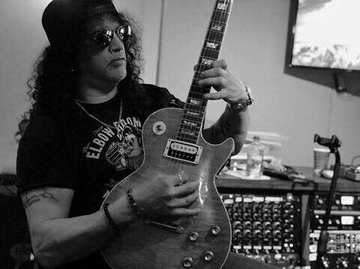 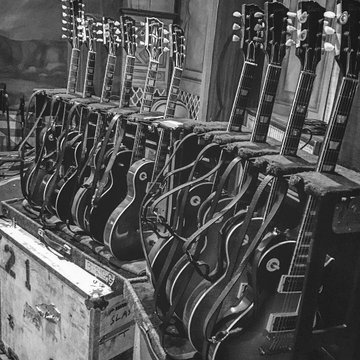 “Myles Kennedy has completed recording his parts for the forthcoming third album from SLASH FT. MYLES KENNEDY & THE CONSPIRATORS. The follow-up to 2014’s “World On Fire” was once again tracked with producer Michael “Elvis” Baskette, who has previously worked with ALTER BRIDGE, IGGY POP and INCUBUS, among many others.

During a brand new interview with Meltdown of Detroit, Michigan’s WRIF 101.1 FM radio station, Myles stated about SLASH FT. MYLES KENNEDY & THE CONSPIRATORS: “We just finished a record. Actually, I just finished my vocals for that last week, so there’s another record in the can. And it’ll probably come out later this year.”

Back in March, Slash said that he was “excited” about the material that was written for the upcoming SLASH FT. MYLES KENNEDY & THE CONSPIRATORS album. “It’s got some cool songs and it’s got a great live feel,” he said.

“I’ve been working with Myles, Brent and Todd for about eight years now. It’s been an amazing ride so far; as a band we continue to get better which is great. With the addition of Frank since the ‘World On Fire’ tour, I feel we have hit a great, creative stride which I definitely think shows on this next record.”

SLASH FT. MYLES KENNEDY & THE CONSPIRATORS will embark on a full North American tour in the fall.

After Slash and the CONSPIRATORS toured “World On Fire”, rumors about the long-awaited GUNS N’ ROSES reunion tour began to circulate and were confirmed in early 2016.

The current GUNS trek — which features Slash and fellow original members Axl Rose and Duff McKagan — launched in April 2016 and has since grossed more than $400 million, with more European dates coming this summer.

GUNS N’ ROSES has been off the road since November when it completed the North American stadium and arena run leg of the “Not In This Lifetime” reunion tour with three shows in Los Angeles.

Despite the success of the tour, there has been no indication that GUNS intends to record a new album anytime soon. The last GUNS studio album, “Chinese Democracy”, came out in 2008 and featured only Axl Rose from the band’s classic lineup. The last album on which Rose, McKagan and Slash appeared together was 1993’s covers set “The Spaghetti Incident?”

Kennedy‘s debut solo album, “Year Of The Tiger”, was released on March 9 via Napalm Records.”