Slash Has Some Harsh Words for Izzy Stradlin Circa 1995!

A poster on the MYGNRFORUM’s uploaded an interview with Slash and Eddie Van Halen from 1995. In the interview Slash talks about Izzy Stradlin and Gilby Clarke. Regarding Izzy he had some harsh words saying “The only reason Guns N’ Roses had two guitars were because Izzy and Axl came as a package deal…..And Izzy and I never had a great relationship. I played what i played on my side of the stage, Izzy played on his. Izzy couldn’t really play guitar anyways – he’s a great songwriter” What’s weird is that Izzy and Slash jammed together at the last Snakepit show in 1995 in Chicago. Izzy even briefly returned for a few weeks in April 1995 to help write songs for a new Guns N’ Roses album.

If you guys remember a little while back, Duff McKagan announced that he would be selling his own clothing through his website. Some of his clothing he’s worn on stage as part of the Not in This Lifetime Tour! Some new shirts have been added to his store including a few political t-shirts. Check them out below! 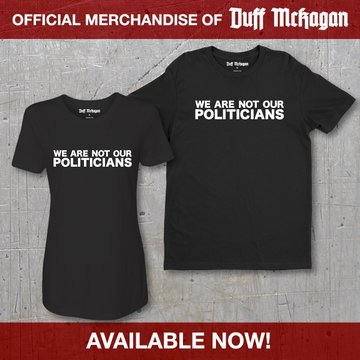 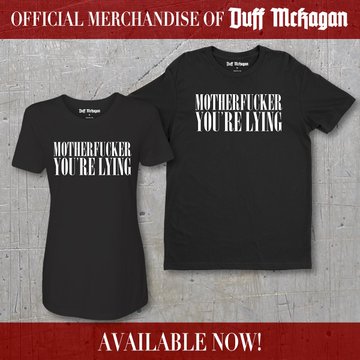 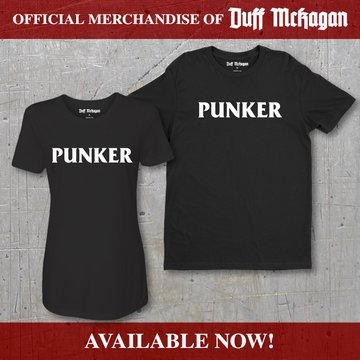 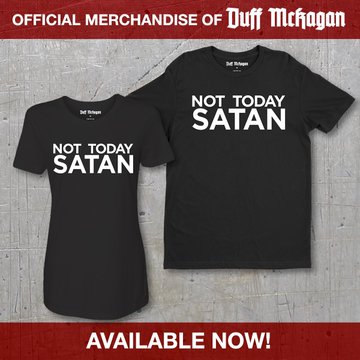 According to a press release from TouchTunes App you can enter for a chance to win an ‘Appetite for Destruction’ Locked and Loaded box set! The band really needs to do a better job of getting the word out there about these types of contests. Check out the release below

NEW YORK CITY — TouchTunes Entertainment Network has announced that it is partnering with the celebrated hard rock band Guns ‘N Roses and Universal Music Entertainment in a promotional sweepstakes designed for fans of jukeboxes and heavy metal. Through July 29, fans who play a Guns N’ Roses song using the TouchTunes mobile app will be automatically entered in the contest for the chance to win a highly collectable Appetite For Destruction: Locked and Loaded” boxed set, valued at nearly $1,000.

The brand-new box set includes a remaster of the classic Guns N’ Roses album “Appetite for Destruction,” several unreleased tracks and a wide variety of GNR treasures. The limited-edition package is sealed in a simulated-leather wood cabinet with embossed GNR logos and a handmade 3-D cross.

“TouchTunes is proud to partner with Guns N’ Roses and Universal Music Entertainment to provide our operators with a promotional program that inspires consumer engagement across our jukebox and mobile platforms,” said TouchTunes director, music and channel marketing Juan Nuñez. “We always aim to expand upon the possibilities of promotions across our network to drive value for our music and operator partners. Be on the look-out for more soon.”