The February 20 concert by SLASH FEATURING MYLES KENNEDY AND THE CONSPIRATORS at Eventim Apollo in London, England was professionally filmed for future release.

After the show, Slash tweeted: “London, that was a blast! I’m glad we captured the night on video! Thanks for a truly memorable evening! RnFnR!”

The band’s setlist was as follows:

Slash‘s latest album, “Living The Dream”, was released in September via his own label Snakepit Records, in partnership with Roadrunner Records.

“It’s a natural progression from ‘World On Fire’, for sure,” Slash said of the new album. “I think it has a little more diversity — some of the ideas are not really what I would consider to be predictable.” At the same time, he adds, “The record is also a bit more structured, with songs that are shorter and more to the point than last time.” Kennedy concurred. “I don’t know that there are as many of those sort of ‘epic sonic journeys’ that we took on the last record,” he said. “Although there are songs that take you on a trip, like ‘Lost Inside The Girl’. But overall, a lot of these songs — things like ‘My Antidote’, ‘Read Between The Lines’, ‘Slow Grind’ — they’re pretty precise statements, and they definitely fall in line with the type of sound we’re known for. There’s a certain type of sonic calling card that we’ve developed over the years, and you can hear it front and center on this record.”

“It’s just a snapshot of where we’re at,” Slash continued, summing up “Living The Dream”. “Which is what we’re going for with each new album — to be present in what we’re doing and come up with something that is representative of and reflects this moment in time.” 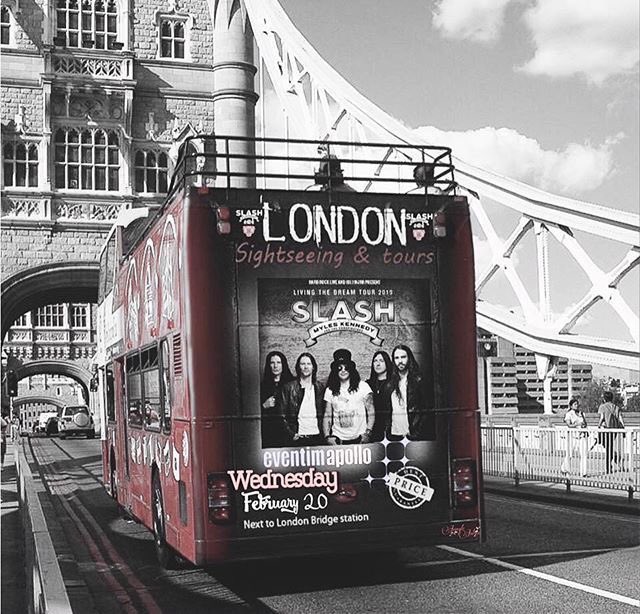 Thank you to all of our Dammily in the UK. What an amazing time capped off with filming a dvd last night at the legendary Apollo in London. Can’t wait til next time. Paris, you are next! The insanity continues! #smkclivingthedreamtour2019