Guns N’ Roses alum Gilby Clarke turned 57 years old today! He joined the group in 1991 replacing departed guitarist Izzy Stradlin and was eventually fired in 1994. He appeared with the band in 2012 at the Rock N’ Roll Hall of Fame Induction Ceremony despite not being inducted.

Slash Is Auctioning Off a Rare Top Hat for Charity

Slash is auctioning off a very rare top hat signed by himself for Thula Wildlife Land Expansion Project for Elephant Habitat. It’s funny he supports animal rights but is a huge fan of the LA Zoo…… 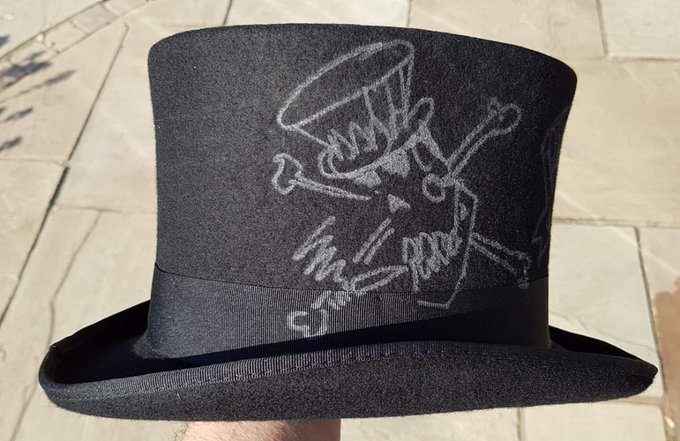 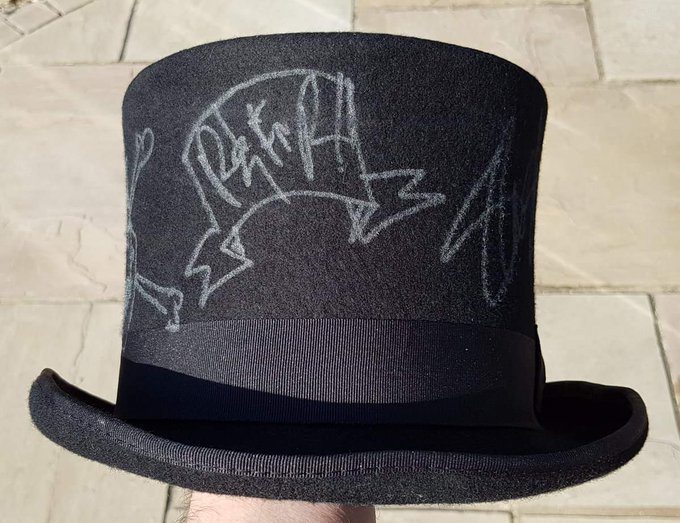 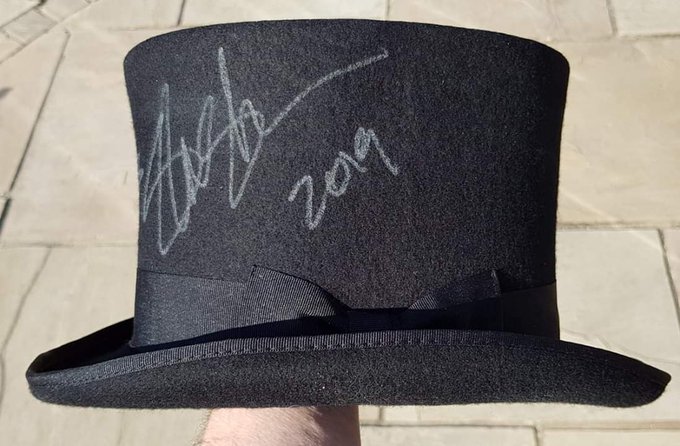 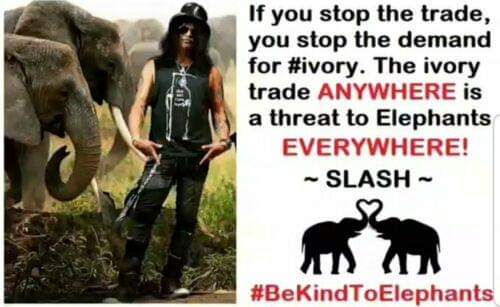 194 people are talking about this

Guns N’ Roses guitarist Slash paid tribute to actor Peter Fonda on social media. Fonda passed away earlier this week at the age of 79 due to cancer.

Duff McKagan’s wife Susan Holmes Mckagan will be gracing the front cover of the men’s FHM. Check out the cover below!

Back in 1994, It Was Rumored That Duff McKagan Was Fired From Guns N’ Roses Following Gilby Clarke’s Dismissal

According to the fan site Appetite for Discussion

they have published an article they came across from 1994 that discussed rumors of bassist Duff McKagan being sacked from the band. The article is from Kerrang from July of 1994. Check out the article below!

GN’R guitarist Slash fires back at the latest Guns-linked rumours!

■ GUNS N’ ROSES have sensationally sacked bassist Duff McKagan – according to rumours on both sides of the Atlantic.

McKagan is said to be the second casualty following a major rift in the LA superstar outfit, and is thought to have followed the departure of GN’R axeman Gilby Clarke. It is a spectacular story that has stunned the Rock world.

However, Kerrang! exclusively spoke to band guitarist and mainstay Slash this week, for the real story behind what is becoming a truly shocking catalogue of Guns N’ Roses rumours.

Not surprisingly, the reports of Duff’s departure turn out to be a complete fabrication. And, says Slash – clearly feeling the overbearing strain of public interference into band affairs – it is among a host of rumours that are starting to seriously aggravate the band.

Slash confirmed in Kerrang! 500 that Gilby Clarke was no longer in the band, but strongly denies that Duff has been sacked. He also denies reports that Dave Tregunna, former bassist with Sham 69, Lords Of The New Church and Kill City Dragons, has replaced the blond four-stringer.

Slash told Mayhem this week: “I’ve heard the Duff story myself over here in Los Angeles and I’m frankly really upset about it. It’s a nasty thing for anyone to spread around. That’s one of the worst rumours I’ve heard about us in a long time!

“Duff is an important member of this band – and nothing has happened to change that. As for this guy Dave Tregunna, who is he?! I’ve never heard of him before.”

Guns N’ Roses have been largely inactive since they finished their marathon 17-month ‘Use Your Illusion’ tour last year, despite releasing their long-awaited covers album, ‘The Spaghetti Incident?’, which was recorded during breaks in the tour.

No new original Guns N’ Roses songs have been recorded since the ‘…Illusion’ albums in 1991.
However, Slash reveals that work on the next GN’R album is definitely in progress.

“We’ve been busy on new material for some while,” he clarifies. “There’s actually nothing down on tape as yet, but the band is working together on a regular basis.”

Despite the fact that there has still been no official comment regarding Gilby Clarke’s situation within the band, it would seem at this point that the guitarist is definitely not involved with Guns N’ Roses.

However – and rather surprisingly following Slash’s comments in Kerrang! 500 – Gilby has recently been quoted in the press as saying he is still in the band. With the volatile nature of GN’R and frontman Axl Rose, a reconciliation between the singer and Gilby cannot fully be ruled out.

In the meantime, Slash is also working hard on material for his planned solo album, ‘SVO Snakepit’, set to be released within the next few months by Geffen Records.

“I have all the songs written now and I’m pushing on with recording the basic tracks, using Matt (Sorum – drums), Gilby and Mike (Inez – Alice In Chains’ bassist).

But I still haven’t decided on the person to sing with me. I’ve narrowed down the choice to five guys. They’re all experienced and have had albums released. But I don’t want to name any of them at this stage. It would be unfair to raise anyone’s hopes, only to dash them.”

Slash continues: “As far as my record’s concerned, I’m delighted with the way everything is going. It’s gonna sound heavy and ballsy, just wait and see!”

The tousled-haired guitarist also took time out to comment on his appearance at the Gibson Guitars ‘Night Of 100 Guitars’ concert held at Wembley Arena:

“It was real fun,” he says. “I had a great time, although I suffered from severe jet lag because my schedule only allowed me to fly from LA to London the day before the gig – and I had to fly back again the following morning. Still, it was worth it, just to be able to play with someone like Paul Rodgers’.”

In addition to Slash’s solo LP, Gilby’s ‘Pawn Shop Guitars’ album – released through Virgin on July 25 – and possibly a new GN’R record, Guns N’ Roses fans should also keep an eye out for an official biography on the band, due to be published by DEL Books next year. It has been written by long-time band associate Del James. And in September, BBC TV will screen a documentary on GN’R’s official photographer, Robert John.

THE STORY SO FAR…

• Rumours circulate that Gilby has been fired from the band.

• Tabloid newspapers, including the Daily Mirror, the NME and Melody Maker, publish stories that GN’R are on the brink of splitting up, substantiating reports with quotes from Kerrang!494.

• The Guns N’ Roses camp flatly refuses to comment on the situation.

• Slash arrives in London for a guest appearance at the Gibson Guitars centenary concert.

• Spurious reports spread that Duff McKagan has been sacked by GN’R.

• Gilby Clarke releases his first solo LP, ‘Pawn Shop Guitars’, on July 25. He states in the press that he is still a member of Guns N’ Roses.